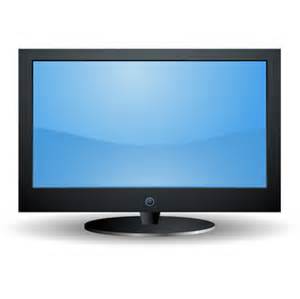 The Westboro Baptist Church, a 40-member church comprised largely of one man's family is made world famous by the news media for its outrageous protests. Now there are probably only three reasons the media consciously decided to make such a tiny church such an enormous story over a period of many years: 1) that the news media actually believes Westboro is an accurate representative of what a significant number of Christians really think or 2) they know that 99.9% of Christians do not even remotely believe as they do but want to create a sweeping narrative in order to influence the public to think about Christians in a certain way. or 3) the news media knows that conflict creates history (and money) so it blew the story way out of proportion to create more viewership, advertisers and dollars.

Now, if the answer is either 2 or 3, the media has really done a number on the perceptions of the average American. I would go so far as to say they are largely guilty of perpetrating hate, bigotry and prejudice against a whole segment of society (i.e. theologically conservative Christians) which has only inflamed today's culture wars with half-truths and distortions. The answer obviously could not be that such an insignificant, un-influential church was really that big of a news story. It's not. Other news stories have faded into history but this one has not.

One of the most prevalent motifs that runs through the whole Bible is its constant reminder of the insufficiency of man. While this may seem all too obvious, we need constant reminding of this critical truth in our everyday lives. This goes for the non-Christian, because he has no hope apart from Christ's mercy, and for the Christian who has no hope, save in Christ alone. This is not only clear in those parts of the Scripture which are propositional but are also quite pervasive in the gospel narratives. If you read closely about the events associated with Christ's earthly ministry, it becomes clear that deliverance occurred in individuals only when the they were so desperate that they came to an end of themselves and were reduced to begging, if you will. Grace works salvation in us, not as we are, but first humbles our pride, revealing our brokenness, spiritual bankruptcy and impotence, which none of us naturally (apart from grace) appear ready to confess. For our true condition before God is that we cannot even lift a finger toward our salvation, and can bring nothing to God except that which He first grants us in Christ, which includes both the humility to acknowledge our captivity to the yoke of sin and our desperate need of the Savior Jesus Christ and a new heart which trusts in Him.

In the gospels, the first reaction to an encounter with Jesus was often a holy fear or dread when confronted with His capacity to provide that which they were insufficient to provide for themselves. When Peter was fishing all night and then in the morning commanded by our Lord to cast the net to the other side of the boat to catch fish, Peter immediately took in such a load of fish that the boat began to sink. Peter’s reaction was holy fear and a desire to get away for the Lord for in it He saw his own sinfulness.

It is a very interesting time to be alive.  By His grace, may God grant us an outpouring of His Holy Spirit in extra measure that we might resist every urge to accommodate to the philosophy of this age or remain silent on the new institutionalization of sin. Make no mistake, the recent Supreme Court ruling on re-defining marriage will have far-reaching ripple effects on every aspect of our society ... and it will require us as Christians to resist by disobeying every law which would force us to compromise the gospel.   And while yesterday may have been a day of mourning for our country (it was for me), today and every day afterwards we should be emboldened to witness the truth of the gospel with a unquenchable fire in our belly. This may possibly be the best opportunity to witness to the reality of Jesus Christ we have ever had. Remember, God has ordained this circumstance, so If due to our convictions, we should suffer the loss of property (as some already have), intimidation, bullying, imprisonment and even violence we should not complain or give in, but, with God's help, willingly suffer for the truth and stand against injustice, continuing to love and pray for the blessing of those who oppose us. If God grants that we can witness this way en masse, the glory of God will shine forth.  And I would encourage each and every one of you to take some time over the next few weeks to pray and fast for the people of our country - that God would have mercy on them and bring them to faith through our witness. And it should go without saying that we should be committed to taking care of one another.  If someone among us should suffer we should all support them financially, spiritually and emotionally as our family members. 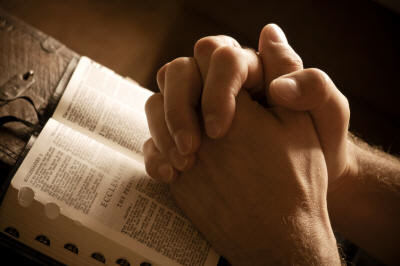 How do you pray? Prayers that are rooted in Scripture are guaranteed to be aligned with the heart of God. Here is a list of 15 powerful prayers from the Bible that you can use word-for-word or to spur on your own prayers:

Father God, we thank you that your amazing unfathomable love has been poured out for us at the cross and poured into us by the Holy Spirit. We want to taste and experience more of the depth and breadth and length and height of your amazing love. Help us to walk by faith. Help us to endure in suffering. Help us to own our need of you. Help us to fully embrace your Son, Jesus Christ, our Redeemer. So, pour out your love into our hearts, in increasing measure by the power of your Holy Spirit, through Jesus Christ our Lord. It is in his name that we pray, Amen.

Father God, we praise you for the wonderful future that you have prepared for us through the death and resurrection of you Son, Jesus Christ. We eagerly await the day when we will enter into your presence for all eternity with holy bodies untainted by sin. Please help us to not lose heart when we face the many pressures, anxieties, and troubles of life in this fallen world. Let us take great courage in the knowledge that you’ve given us the Holy Spirit to prepare our souls for our kingdom dwelling with you. Thank you for letting Jesus live in us. It is in his name that we pray, Amen. 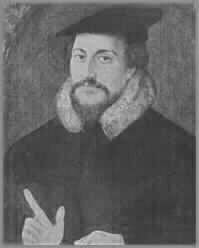 12. The manifestation of God is choked by human superstition and the error of the philosophers

Hence arises that boundless filthy mire of error wherewith the whole earth was filled and covered. For each man’s mind is like a labyrinth, so that it is no wonder that individual nations were drawn aside into various falsehoods; and not only this—but individual men, almost, had their own gods. For as rashness and superficiality are joined to ignorance and darkness, scarcely a single person has ever been found who did not fashion for himself an idol or specter in place of God. Surely, just as waters boil up from a vast, full spring, so does an immense crowd of gods flow forth from the human mind, while each one, in wandering about with too much license, wrongly invents this or that about God himself.

“Man's nature, so to speak, is a perpetual factory of idols.”