The Difference Between Legal & Gospel Mortification 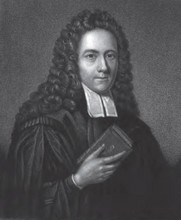 “For if ye live after the flesh, ye shall die: but if ye through the Spirit do mortify the deeds of the body, ye shall live.” Romans 8:13 (KJV)

There is a woeful tenderness that we have of ourselves that keeps us from mortifying our corruption. Have you never discovered or seen the evil and bitterness of sin, but lived always in peace? Why, then it seems the strong man keeps the house [Matthew 12:29]: if the passing of the gravel stone [i.e. the small hard mass that blocks the urinary tract causing severe pain] never pained you, ye are not yet quit of it. If your heart was never pained with sin, it says your heart was never yet circumcised. The strength of sin remains where there has been no Gospel mortification. Yea, what great reformations have taken place among some, so as by their life you would think they were real converts because of their exactness and tenderness. Yet they are enemies of grace and strangers to the Gospel, and consequently to true mortification, which cannot be by the Law, it being the strength of sin.

Question: How shall I know, whether it be by the Gospel that I mortify sin or by the Law?

1. Gospel and legal mortification differ in their principles from which they proceed. Gospel mortification is from gospel principles, viz. the Spirit of God [Rom. 8. 13], 'If ye through the Spirit mortify the deeds of the body, ye shall live'; Faith in Christ [Acts 15. 9], 'Purifying their hearts by faith'; The love of Christ constraining [2 Cor. 5. 14], 'The love of Christ constraineth us.' But legal mortification is from legal principles such as, from the applause and praise of men, as in the Pharisees; from pride of self-righteousness, as in Paul before his conversion; from the fear of hell; from a natural conscience; from the example of others; from some common motions of the Spirit; and many times from the power of sin itself, while one sin is set up to wrestle with another, as when sensuality and self-righteousness wrestle with one another. The man, perhaps, will not drink and swear. Why? Because he is setting up and establishing a righteousness of his own, whereby to obtain the favour of God; here is but one sin wrestling with another.

2. They differ in their weapons with which they fight against sin. The gospel believer fights with grace's weapons, namely, the blood of Christ, the word of God, the promises of the covenant, and the virtue of Christ's death and cross [Gal. 6. 14]: 'God forbid that I should glory, save in the cross of the Lord Jesus Christ, by whom [or, as it may be read, 'whereby,' viz. by the cross of Christ,] the world is crucified to me, and I to the world.' But now the man under the law fights against sin by the promises and threatenings of the law; by its promises, saying, I will obtain life; and win to heaven, I hope, if I do so and so; by its threatenings, saying, I will go to hell and be damned, if I do not so and so. Sometimes he fights with the weapons of his own vows and resolutions, which are his strong tower, to which he runs and thinks himself safe.

3. They differ in the object of their mortification. They both, indeed, seek to mortify sin, but the legalist's quarrel is more especially with the sins of his conversation [i.e., behaviour], whereas the true believer should desire to fight as the Syrians got orders [1 Kings 22:31], that is, neither against great nor small, so much as against the King himself, even against original corruption. A body of sin and death troubles him more than any other sin in the world; 'O wretched man that I am! who shall deliver me from this body of death?' [Rom. 7. 24]. His great exercise is to have the seed of the woman to bruise this head of the serpent.

4. They differ in the reasons of the contest. The believer, whom grace teaches to deny all ungodliness, he fights against sin because it dishonours God, opposes Christ, grieves the Spirit, and separates between his Lord and him; but the legalist fights against sin, because it breaks his peace, and troubles his conscience, and hurts him, by bringing wrath and judgment on him. As children will not play in the dust, not because it sullies their clothes, but flies into their eyes, and hurts them, so the legalist will not meddle with sin, not because it sullies the perfections of God, and defiles their souls, but only because it hurts them. I deny not, but there is too much of this legal temper even amongst the godly.

6. They differ in the nature of their mortification. The legalist does not oppose sin violently, seeking the utter destruction of it. If he can get sin put down, he does not seek it to be thrust out; but the believer, having a nature and principle contrary to sin, he seeks not only to have it weakened, but extirpated. The quarrel is irreconcileable; no terms of accommodation or agreement; no league with sin is allowed, as it is with hypocrites.

7. They differ in the extent of the warfare, not only objectively, the believer hating every false way; but also subjectively, all the faculties of the believer's soul, the whole regenerate part being against sin. It is not so with the hypocrite or legalist; for as he spares some sin or other, so his opposition to sin is only seated in his conscience; his light and conscience oppose such a thing, while his heart approves of it. There is an extent also as to time; the legalist's opposition to sin is of a short duration, but in the believer it is to the end; grace and corruption still opposing one another.

8. They differ in the success. There is no believer, but as he fights against sin, so first or last he prevails, though not always to his discerning; and though he lose many battles, yet he gains the war. But the legalist, for all the work he makes, yet he never truly comes speed [i.e., is never truly successful]; though he cut off some actual sin, yet the corrupt nature is never changed; he never gets a new heart; the iron sinew in his neck, which opposes God, is never broken; and when he gets one sin mortified, sometimes another and more dangerous sin lifts up the head. Hence all the sins and pollutions that ever the Pharisees forsook, and all the good duties that ever they performed, made them but more proud, and strengthened their unbelieving prejudices against Christ, which was the greater and more dangerous sin.

Thus you may see the difference between legal and gospel mortification, and try yourselves thereby.

My Pastoral Prayer List
Marc Minter
We Need Sanctifying Churches!
Marc Minter
The Neoliberal Globalist Technocracy As A Religion
S.M. White
Hell: A Solution, Not a Problem
Tim Barnett
Pro-Gay Theology Invents a New Sin
Alan Shlemon
“O Love That Wilt Not Let Me Go”
James Anderson
He Gave Himself for You
Dr Sinclair B Ferguson
Ethnic Harmony Affirmations and Denials
Bethlehem Baptist
Manhood & Womanhood Affirmations and Denials
Bethlehem Baptist
No Temporal Loss Which Can Accrue to Us by the Violence of Evil Men Should Make us Forsake our Duty to God
Thomas Manton
The Belgic Confession
Cornelis P Venema
Why No One Understands the Reformation Confessions Anymore
Craig Carter
The Danger of Theological Controversy
Nicholas T Batzig
The Plan of God
A Summary of Henry Scougal's 'The Life of God in the Soul of Man'
Do You Really Understand the 8th commandment?
Kevin DeYoung
Godliness with Contentment is Great Gain
Dr Sinclair B Ferguson
God Will Be True to His Promise (Even When We Get in the Way)
Kevin DeYoung
Should Christians Be Countercultural?
David E. Briones
How the Bible Defines Anxiety
Cory C. Brock
Lament: A Faith-Filled Response to Calamity
Scott Hurst
The Authority of Scripture over the Order of Corporate Worship
Scott Aniol
Fighting error in the Church
Jay E Adams
Fearing God Is a Matter of the Heart
Michael Reeves
Enjoying God, Coram Deo
Burk Parsons
Who Is the Mediator of the Covenant of Grace?
Ryan McGraw
The Calling to Excellence
R C Sproul
The Work Of The Spirit In Preaching
Curated Resources
Toward a public theology for a technological age
Jason Thacker
Why I’m Mostly Quoting Dead Guys These Days
Jared Wilson
Gospel-Driven Sanctification
Jerry Bridges
Dying Thoughts (eBook)
Richard Baxter
Can Women Teach Under the Authority of Elders?
Jonathan Leeman
What does the Bible say about women pastors?
Got Questions
Should women be pastors and elders?
Curated Resources
Can Women Be Pastors But Not Elders?
Denny Burk
The Difference Between Elders and Pastors
John Brown of Haddington
Church Leadership: A Study of Elders and Deacons (9-Part Series)
Dr. John MacArthur
10 Things You Should Know about Church Elders
Jeramie Rinne
Is There a Difference between Pastors and Elders? (1 Timothy 3)
Denny Burk
A Perspective on the Historical Development of “Calvinism”
Marc Minter
What’s the difference between “Pastors” and “Elders”?
Marc Minter
Test Your View of the Cross
To the Ends of the Earth
Michael Haykin
How the Pew Can Help the Pulpit
H.B. Charles Jr.
Be Fearful, Not Afraid
Dale Thackrah
What’s an Exile to Do? Live Your Life with Honor
R Fowler White
3 Temptations of Weariness
Doug Eaton
Strange Authority Speakers: 12 Concerns
Curated Resources
5 Ways You Shouldn’t Try to Be Like Jesus
Phil Gons