Meeting with Mormons at the Café
Yes, He Really Does Hold Your Life and Your Future in His Hands
Not Satisfied with Your Repentance?
Insensibility
3 Things Pastors (Should) Fear
Sola Scriptura
When Divine Providence Goes Cross to our Affections, Prayers and Expectations
The Time During Which Evil is Permitted to Triumph is Fixed and Limited by God
Does Man Have Free Will?
The Proper Study of God’s Elect, is God

Test Your View of the Cross 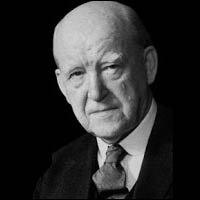 The Cross does not merely tell us that God forgives, it tells us that that is God’s way of making forgiveness possible. It is the way in which we understand how God forgives. I will go further: how can God forgive and still remain God? — that is the question. The Cross is the vindication of God. The Cross is the vindication of the character of God. The Cross not only shows the love of God more gloriously than anything else, it shows his righteousness, his justice, his holiness, and all the glory of his eternal attributes. They are all to be seen shining together there. If you do not see them all you have not seen the Cross. That is why we must totally reject the so-called ‘moral influence theory’ of the Atonement — the theory which says that all the Cross has to do is to break our hearts and to bring us to see the love of God.

Above and beyond all that, Paul says, ‘He is declaring his righteousness for the remission of sins that are past’. Why this, if it is merely a declaration of his love? No, says Paul, it is more than that. If it merely proclaimed his forgiveness we would be entitled to ask whether we can depend on God’s word, and whether he is righteous and just. It would be a fair question because God has repeatedly stated in the Old Testament that he hates sin and that he will punish sin, and that the wages of sin is death. The character of God is involved. God is not as men. We think sometimes that it is wonderful for people to say one thing and then do another. The parent says to the child, ‘If you do this thing you shall not have that sixpence to buy your sweets’. Then the boy does that thing, but the father says, ‘Well, it is all right’, and gives him the sixpence. That, we think, is love, and true forgiveness. But God does not behave in that manner. God, if I may so put it, is eternally consistent with himself. There is never a contradiction. He is ‘the Father of lights, with whom is no variableness, neither shadow of turning’. All these glorious attributes are to be seen shining like diamonds in his eternal character. And all of them must be manifest. In the Cross they are all manifested.

How can God be just and justify the ungodly? The answer is that he can, because he has punished the sins of ungodly sinners in his own Son. He has poured his wrath upon him. ‘He bore our chastisement.’ ‘By his stripes we are healed.’ God has done what he said he would do; he has punished sin. He proclaimed this through the Old Testament every­where; and he has done what he said he would do. He has shown that he is righteous. He has made a public declaration of it. He is just and can justify, because having punished another in our stead, he can forgive us freely. And he does so. That is the message of verse 24: ‘Being justified [being regarded, declared, pronounced righteous] freely by his grace through the redemption [the ransoming] that is in Christ Jesus; whom God hath set forth as a propitiation through faith in his blood.’ Thus he declares his righteousness for having passed over those sins in his time of self-restraint. ‘To declare, I say’, his righteousness then, and now, and always, in forgiving sins. Thus he is, at one and the same time, just and the justifier of him that believeth in Jesus.

Such is this great and glorious and wonderful statement. Make sure that your view, your understanding of the Cross, includes the whole of it. Test your view of the Cross. Where does this statement about ‘declaring’ his righteousness and so on, come into your thinking? Is it something that you just skip over and say: `Well, I don’t know what that means. All I know is, that God is love and that he forgives.’ But you should know the meaning of this. This is an essential part of the glorious Gospel. On Calvary God was making a way of salvation so that you and I might be forgiven. But he had to do so in a way that will leave his character inviolate, that will leave his eternal consistency still absolute and unbroken. Once you begin to look at it like that, you see that this is the most tremendous, the most glorious, the most staggering thing in the universe and in the whole of history. God is there declaring what he has done for us. He is declaring at the same time his own eternal greatness and glory, declaring that ‘He is light and in him is no darkness at all’. ‘When I survey the wondrous Cross. . .’, says Isaac Watts, but you do not see the wonder of it until you really do survey it in the light of this great statement of the Apostle. God was declaring publicly once and for ever his eternal justice and his eternal love. Never separate them, for they belong together in the character of God.

An extract from Romans: An Exposition of Chapters 3.20-4.25: Atonement and Justification, as published in the December 1970 edition of the Banner of Truth magazine.