Did Christianity Spread Due of the Promise of Power? 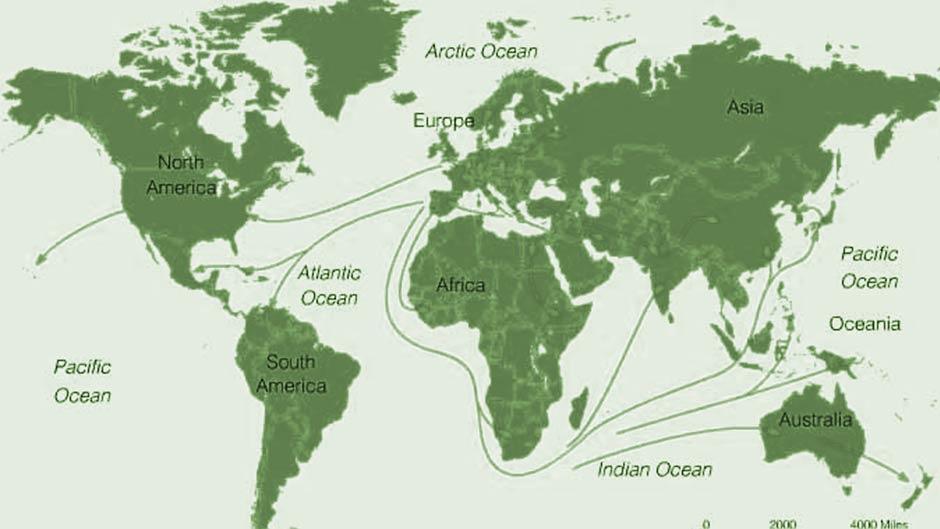 Question from Visitor: Religions that tend to spread the best are those that have the promise of power looming behind them, most often the kind of power that comes either from the promise of associating oneself with a powerful outside culture, or else the power that comes from giving one hope against oppression. Notice that neither of these has anything to do intrinsically with the actual message of any given religion-- these are the function of most any religion. I look at the victory of the West in the Cold War and see this as a major explanatory factor behind the spread of Christianity in the so-called Third World: victory over Communism provides a model of a strong, self-confident society associated with a particular religion, and the adherents of that religion can point to its values and the successes of the liberal, democratic West and know that the desired convert will see that the religious values of the West probably play better because of these successes in real-politik terms.

Moreover, missionaries from developed countries coming into Third World countries to seek converts bring with them wealth and social services. I find it impossible that you should ignore the power differentials in this equation. If a poor refugee from a civil war in Uganda or Rwanda or Burundi or Cambodia is met by a US or Korean minister offering food, education, and a job, and oh by the way here's a copy of the King James Bible, don't you think there's a better chance of that refugee probably converting to Christianity than to, say, the Baha'i faith? And why? Because of the inherent truth of Christianity? No. Not to deny the possibility of the Christian faith being true, but it is not because of its truth that the refugee in this case would convert. It is because of two things, and two alone. First, there is a power differential; the minister and the refugee are not meeting on an equal playing field. The power transaction is all one-way: here are my money, my learning, and my power. To get them, all you have to do is allow me to expose you to mybelief system. The refugee is not going to say no. I am not saying that missionaries simplistically require anyone to agree to convert just to get social services, but rather that the provision of social services sets up an expectation that the receiver will take a look at the faith. Many convert as a result of exposure, exposure they might not have had if they had been safe, secure, and well-provisioned-for members of a stable community. Notice that more conversions occur among refugee and Third World communities that need services than among prospering 1st world countries. Missionaries just don't go into areas where people are rich, white, and not in need of social assistance. Why? Because if they do they are more likely to have doors shut in their face, be asked to leave, or be regarded as an annoyance. And that's because those richer people don't need the social services that the missionaries use to attract those poorer converts mentioned earlier.

Response:That is really quite an interesting theory and might even be persuasive if I were sitting in a classroom. But even if it were true in some cases that a person would convert because of "wealth and social services", and not due to the truth of the message, the spread of Christianity would most certainly die out as soon as such assistance were withdrawn. This is because the "convert" had no true root, but only believed in order to get something out of it. And it further would not explain the zeal with which indigenous peoples have spread the news of Christianity to their own people. But most of all, I would argue that this viewpoint simply shows complete ignorance of Christian history and how it has spread in various countries. The first three hundred years of Christianity, the love of Christ spread to multiple ethnic groups under the constant threat of death. Christians were crucfied, beheaded, made into candles and lit on fire and thrown to the lions. There was no "bait" hung over them whatsoever. In fact, Christianity has historically spread the most under the harshest of conditions. For a more recent example, in mainland China there were less than one million Chrisitans in 1949 when the communists took control. Missionaries tried for hundreds of years and had almost no fruit to speak of. The influence of the missionaries was obviously a small drop in the bucket compared to the enormous population. But under the rule of Mao, and beyond, when Christianity was outlawed and leaders were tortured and killed (and without the help of missionaries offering social servces) Christianities growth has exploded to around 100 million in a 50 year period in that country. The biggest revival of Christianity in human history under the leadership of a dictator. This completely blows the above argument out of the water and shows really how silly it is. It may sound good and persuasive in a sociology classroom but when you get on the ground and see what happens in real life, the truth is the opposite and even counter-intuitive. I would encourage you to do your research rather than be taken in by the latest postmodern argument coming out of Columbia University.