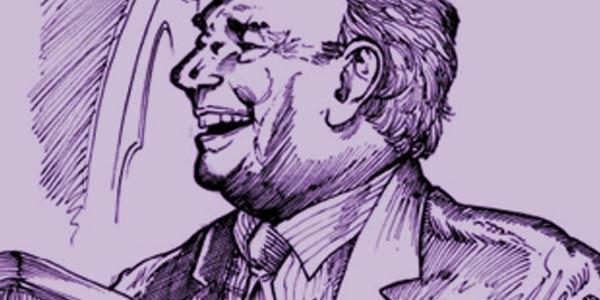 Does God Change His Mind? If God is immutable, if He does not change at all, does that mean He never changes His mind either? This is a very thorny problem. The Bible appears to say at times that God changed His mind. Consider, for example, the following episode that took place in the time of Moses:

Then Moses pleaded with the LORD his God, and said: "LORD, why does Your wrath burn hot against Your people whom You have brought out of the land of Egypt with great power and with a mighty hand? Why should the Egyptians speak, and say, 'He brought them out to harm them, to kill them in the mountains, and to consume them from the face of the earth'? Turn from Your fierce wrath, and relent from this harm to Your people. Remember Abraham, Isaac, and Israel, Your servants, to whom You swore by Your own self, and said to them, 'I will multiply your descendants as the stars of heaven; and all this land that I have spoken of I give to your descendants, and they shall inherit it forever." So the LORD relented from the harm which He said He would do to His people. (Exod. 32:11-14)

God "relented"? Other translations render the words here, "changed His mind." This narrative seems to make it absolutely clear that God does, in fact, change His mind from time to time. Maybe His being doesn't change, but does His mind cast a shadow every once in awhile? The problem becomes more vexing when we read elsewhere in Scripture:

This same concept is repeated elsewhere: "And also the Strength of Israel will not lie nor relent. For He is not a man, that He should relent" (1 Sam. 15:29).

Is this a contradiction in Scripture? How are we to understand this?

We could throw up our hands and agree with the Bible's critics who insist that this is a blatant error or contradiction. A more judicious approach would be to grapple with the problem of what is called phenomenological language. (The illusion or appearance of something, "the way we see it" from our perspective. As they appear to us, not necessarily as they really are. The aim of the writer is to make a theological statement, a truth about God and man and his world, he's not using modern scientific precision and technical terminology.

Scripture frequently describes events in terms of how they appear to the observer. The Bible does not "teach" that the sun revolves around the earth, but it does speak about sunrises and sunsets. (Even modern scientists do this when they are using ordinary language. Listen to what the meteorologist on your local TV station says about the sun's "rising" and "setting.")

The most obvious use of phenomenological language in the Bible is its use of human terms to describe God. The Bible speaks of His coming and of His going, of His becoming angry, of His turning from wrath. He is described as having arms, hands, a face, and feet. Yet this multitude of references to God via human imagery is qualified by sober biblical warnings and reminders that God is not a man. It is noteworthy that in these "troubling" passages the qualifier is spelled out precisely in these terms: God "is not a man that He should relent [change His mind]" (1 Sam. 15:29).

If we took the discussion between Moses and God in Exodus and pressed the apparent meaning to the ultimate, what would it teach us about God? Not only would we think that God relented, but we would think that He relented because Moses showed God a more excellent way. Is it even thinkable to us that God should have an idea that is corrected by a fallible creature? If we entertain such a thought the ramifications are sobering.

For example, in the Exodus incident Moses pleaded with God, arguing that God would look bad to the Egyptians if He carried out His threat. Then God changed His mind? Think of the meaning of this in human terms: If God first thought about punishing His people, He must have overlooked the consequence of that action on His reputation. His reasoning was flawed. His decision was impulsive. Fortunately, Moses was astute enough to see the folly of this decision and persuaded the shortsighted Deity to come up with a better plan. Fortunately for God, He was helped by a superior guidance counselor. Without the help of Moses, God would have made a foolish mistake!

Even to talk like this is to border on blasphemy. That God could be corrected by Moses or any other creature is utterly unthinkable. Yet, that seems to be the implication of the narrative. This is a major reason why we must interpret the narrative passages of Scripture by the didactic or "teaching" portions. If we try to find too much theology in narrative passages, we can easily go beyond the point of the narrative into serious errors.

The biblical narratives in which God appears to repent, or change His mind, are almost always narratives that deal with His threats of judgment and punishment. These threats are then followed by the repentance of the people or by the intercessory petitions of their leaders. God is not talked into "changing His mind." Out of His gracious heart He only does what He has promised to do all along - not punish sinners who repent and turn from their evil ways. He chooses not to do what He has every right to do.

The point of these narratives is to encourage us to pray. We are to make intercession. The promised threats of divine punishment are given with the condition attached that if we repent, we ~vi1l escape those punishments. Sometimes that condition is spelled out explicitly, while at other times it is merely implied. When we repent, then God removes the threat of punishment. The question is, Who is ultimately repenting here? God never repents in the sense that He turns away from sin or from error.