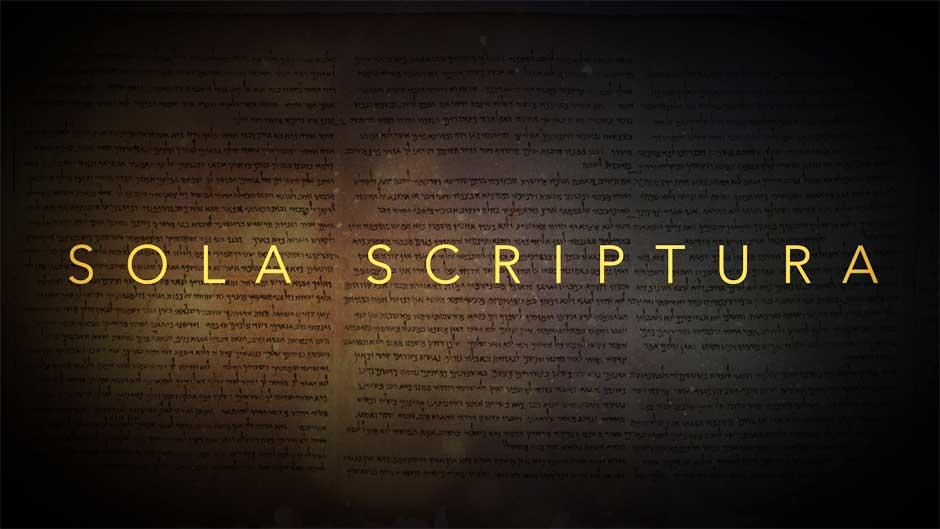 If he feign another rule of faith besides the written word of God, we reject, repudiate, and refuse to acknowledge any such, and reduce the whole rule of the catholic faith to the scripture alone.

…Faith, therefore, is not the gift of the church, except improperly and in a mere ministerial capacity; but it is properly and necessarily the gift and effect of the Holy Spirit speaking through the scriptures. The sum of the matter is this: faith is produced by scripture alone; therefore the true sense of scripture is to be discovered from the scripture itself alone.

Our third argument stands thus: The supreme judge of controversies and legitimate interpreter of scripture should have these three properties: the first is, that we should certainly know that the sentence which he delivers is true, and that we can acquiesce in it; the second, that no appeal from that sentence shall be lawful; the third, that he be influenced by no partiality. Now the church or the pope possess none of these; whereas the scripture, and the Holy Spirit speaking in the scripture, have them all. Therefore the supreme decision is to be given to them, and not to the church or the pope. The major is self-evident. The minor, namely, that none of these properties exist in any visible church or in the pope, is clear also.