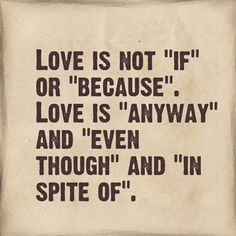 I often hear classic Arminians, like Jerry Walls and Roger Olson, make declarations that God loves ALL people equally without exception. But do they really believe this? If they were consistent with their Arminian beliefs, it would be much more honest for them to say that God loves all people CONDITIONALLY. That is, He only fully shows His love for those who meet the condition of faith and the rest will experience His just wrath in hell. This is not conditional love you say? Just ask an Arminian what they would do if they had a rebellious child who spurned their love but whose life was in danger in a burning house -- would he as a parent wait for his child to first meet a condition before he would run in rescue his child? or would he run in and make certain the child was safe regardless of the child's will at the time because he (the parent) loves his child and knows better than the child what is good for him? This everyday life example reveals that Arminian love is not really what we think of as love at all. It is what we call conditional love.

Note: We agree with Arminians that God gives us conditions, but thanks be to God, in love, Jesus has come to grant His people everything they need for salvation... in His great mercy he has met the conditions for us by absorbing the punishment for our sin, and giving us a new heart that believes, something we could not do for ourselves (1 Cor 2:14; Rom 8:7; John 6:63, 65). Isn't this what the gospel is all about?

I have heard a visitor respond to this by saying, 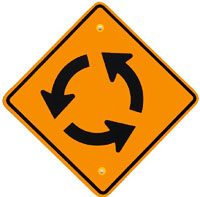 Almost without exception when I present John 6:37 (and 6:63, 65) to a professing Arminian they simply ignore it and change the subject, but the other day I encountered one of those rare exceptions. As you know in the passage Jesus declares, "All those the Father gives to me will come to me." The Arminian claimed the meaning was that all those the Father FORESAW would come to faith in Jesus, the Father gave to Jesus that they might come to faith in him. Ummm! Not only is this meaning not there and arbitrarily imported into the text but you can, perhaps, find no better example of circular reasoning.

How is this circular reasoning? All those the Father gives to Jesus will infallibly come to faith in him . God's giving them to Jesus precedes their coming to faith in him and yet the Arminian says it is based on something that happens after God gives them to Jesus. God is giving them to Jesus now based on something that will infallibly happen in the future? Consider that if election is based on foreseen faith then he already knew who would and would not believe even before God created us and it could not be otherwise. Why would God create people he knew with certainty would go to hell? Contradicts the Arminian teaching on free will ... So if the future is certain before it happens then isn't based on foreseen faith at all but something more like fate.

Once in a while I will receive an email like the following from someone who is worried that some sin they have committed may have crossed the place of no return to God's favor.

Visitor: Even after I was sealed for the day of redemption, I still have sinned against God. I continue to fight addicting sin(s), and though most of the time I defeat the sin, sometimes I foolishly give in to it. I'm so sorry that I have given in to foolish and sinful lusts, and all I want to do is to cast away those actions forever, and to be forgiven, and sin no more. But I don't know if I am saved anymore, because I have really been scared that my repentance is not true, because I have again sinned, and that God has cast me away. Please help me, because I am very scared. I want to be forgiven and be different.

Two great errors in the church today are 1) moralism and 2) no - lordship antinomianism. One has pride in his own goodness, and puts his hope (at least partly) in his own self-righteousness, not realizing he is spiritually bankrupt, saved by the free grace and righteousness of Christ alone. The other error acknowledges the imputation of Christ's righteousness but ignores the impartation of the Holy Spirit in regeneration, thus rejecting the fullness of God's grace to us in salvation. The tragic result is they see no need to yield in allegiance to Christ alone as LORD and sovereign. They end up presuming on God's grace in justification often allowing sin to go unchecked, as if God no longer required a holy life from us as believers. But the Scriptures unambiguously declare that we are to obey, not in order to be saved or to somehow maintain our salvation ... no, we are to obey BECAUSE we are saved and are the children of God. Those who are born again love God by obeying His commands and His commands are not burdensome because they have been born again.(1 John 3:9, 5:1-4)

It does not take an inspired prophet of God to know that the USA is now under Divine judgment. How so? Well, just look around. - fallen humans have always sinned and there was a time when people understood, even if they sinned, that they had done wrong and felt guilty for it. But no longer - that is being cast off... it is obvious now that not only do we not feel guilt about evil but openly celebrate it, calling good evil, and evil good ... and even give hearty approval of others who do evil (see Rom 1:18 +). According to this passage of Romans, the worst judgment of God takes place (at least in this life) when God gives people over to their sinful "free will" and when onlookers give approval to the evil of others.

There is little doubt we are already there. But as we consider this it is critical to remember that the problem is not just OUT THERE. Repentance must begin with us, the church. We must repent of the sin and false teaching that permeates our own thinking. We must pray and, by the grace of God, align our thoughts with God and get our own house in order before we remotely expect to have any influence on the world.

I received an email to my to Monergism.com account from a visitor named Shawn. He asked some important questions on on Calvinism, Evil and God's Holiness. I have reproduced his email in full with my response (with a couple paragraphs on Job that quote liberally from John Piper)

I've been reading your website with interest and find it to be one of the very best Calvinistic resources I've seen on the net. I am not a Calvinist, though I can't say I'm decisively against Calvinism either. I still have lingering questions which I hope you might be able to answer, or point me to resources that would help.

Perhaps my main objection to accepting Calvinism involves the problem of evil. I've read several of the articles you have on the subject (by Piper, Bahnsen, [Cheung] and two others by authors whose names I can't recall), but none seemed to offer any new or helpful answers to my objections/doubts/questions.

This is what I understand the Calvinistic claim to be: God is sovereign over everything, having decreed before the foundation of the world everything that will come to pass. This would include, I should think, all moral evil, whether realized in word, thought or deed, or merely imagined in man's heart. In other words, before there was a devil, man, or sin, God 'imagined' (for lack of a better word) all of the horrific, sinful and debased things that have ever and will ever come to pass, and then chose to actualize them. God was not coerced into allowing evil to exist as if it was outside of his power. Rather, God chose to actualize sin and evil where before there was none. Would that be an accurate conception so far?

How Do We Deal with the Problem of Evil? (Video) by Greg Welty

God Is Sovereign; We Are Responsible: Keeping Kids Safe by Laura Elliott

Tuned in Parents on the Technological Frontier by Nicholas T Batzig

Do I Really Have to Pray for Politicians I Oppose? by Darin Smith

It seems that in many of these political discussions on the upcoming election, we tend, as a group, to think a lot about political policy outcomes but think little to none about Kingdom outcomes. Here is what I mean:

What if our witness to the world depended (in large part) on how we collectively vote as Christians? The world is definitely watching. How many "Christians" would be willing to give up their vote for their candidate if they knew it meant, by the grace of God, more people coming to Christ? ... but in exchange we knew we would have to live under a much more oppressive state. I obviously do not know God's secret will, but my point is that obedience, instead of pragmatism, is definitely more aligned with God's revealed will and His redemptive plan, especially when much of the world would see mass evangelical votes for Trump as an obvious and blatant hypocrisy. As followers of Christ, our choices should be based, not on their perceived outcome, but in our trust that wherever God leads is always right, even if the results may temporarily appear worse politically.

Since both candidates are just awful, at this point God appears to be bringing us as a unit to a place where we are stripped of all hope in an ideal outcome ... so we can only, in utter dependence, pray for Him to intervene and faithfully serve Him by doing what we know to be right.

Just consider where our culture wars have gotten us so far.  How many decisions were made by pragmatism rather than trusting in God along the way? Have you ever read Crime and Punishment? Doing something evil hoping that good may result? No, that shouldn't be an option for us. Obedience is our job. But how the results fall into place are His. A pragmatic choice may, for the moment, appear to further Christian principles the legal realm, but at what cost? Perhaps the cost is lost opportunity on souls.