"He is Altogether Lovely"
Road to Nowhere
What is the Gospel?
What are Your Personal Theological Convictions?
Sovereignty, Free Will and Salvation
The Many Benefits of eBooks
Puritan Treasures
The Biblical Doctrine of Regeneration (eBook)
The Essence of the Gospel
On Keeping the Heart (eBook)

Does the Bible really teach that there is no such thing as chance? 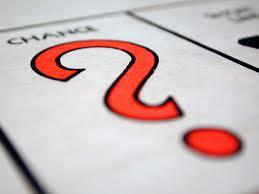 Visitor: Does the Bible really teach that there is no such thing as chance? My version still says that "time and chance happen to all."

If everything - absolutely everything mind you - was decided before that first "let their be" then Ryle's last paragraph simply makes no sense. All that talk about what we should seek and strive to do and believe is advice impossible to follow because what I believe as well as what I do were, apparently, fully and finally established before the foundation of the earth. Radical Calvinists will vehemently disagree with me about my ability to make any choice - however trivial - but only because God decided some time ago that they would. Nothing to do with them though, just grace that they back the right horse. Me though? Apparently there is a God in Romans who makes things he hates and will eventually destroy. Weird though, don't you think, not to mention any of that in Genesis 1, where things are only "good" and "very good"?

The text and all of Ecclesiastes is speaking from a human perspective, so time and chance refers to man who does not know his time. Please read the text in context:

Again I saw that under the sun the race is not to the swift, nor the battle to the strong, nor bread to the wise, nor riches to the intelligent, nor favor to those with knowledge, but time and chance happen to them all. For man does not know his time. Ecclesiastes 9:11-12

When we take a broader view of the context, then, we see that the text is saying that man's steps are all decided in heaven by God. It is neither might nor weakness that determines the outcome, but God alone. Chance is not some entity working out there in opposition to God, but refers to what happens to man, without his cooperation. Everyone is subject to chance because each person does not know his time or what might befall him from above.

Further, a false, untenable, absurd result follows from your denial. Your view would have us believe that God either doesn't pay attention to us or does not care. If your view were true then it follows that you must affirm that there are some things that take God by surprise. If so then you have made "chance" a greater or more powerful entity or phenomena than God Himself and you would thus dethrone Him.

Instead why not simply read and yield to the Scripture rather than philosophize?

The Bible teaches that men are fully responsible for their sin even though God ordains that all things, including that sin, infallibly come to pass. See the following texts:

"...you yourselves know this Jesus, delivered up according to the DEFINITE PLAN and foreknowledge of God, you crucified and killed by the hands of lawless men. God raised him up, loosing the pangs of death, because it was not possible for him to be held by it. Acts 2:22-24

"for truly in this city there were gathered together against your holy servant Jesus, whom you anointed, both Herod and Pontius Pilate, along with the Gentiles and the peoples of Israel, to do WHATEVER YOU HAND AND YOUR PLAN had PREDESTINED to take place." Acts 4:27-28

Your view simply cannot account for these texts apart from some serious acrobatics. Don't kick against the goads.

2) You said, "All that talk about what we should seek and strive to do and believe is advice impossible to follow because what I believe as well as what I do were, apparently, fully and finally established before the foundation of the earth. Radical Calvinists will vehemently disagree with me about my ability to make any choice - however trivial - but only because God decided some time ago that they would."

Response: Due to the fall and the consequent corruption of your nature, you cannot follow any of the "advice" given in Scripture.  Your moral compass and thus your ability to choose right, is broken. Only grace can restore your will to choose what is good (John 6:63)  Our inability to choose is not because God is coercing us to make choices one way or the other.  We do so voluntarily. Even though the Scripture indeed teaches that God ordains all that comes to pass (Eph 1:11), it also teaches that the choices we make are driven by what we love most ... so our choices are fully compatible with God's sovereign decree, as I already demonstrated with Scripture in the first part of the answer.  So we have our own will and we make real choices. To declare otherwise is to misrepresent what we believe.

A quote from Calvin should be sufficient to demonstrate that this is the classic Reformed position on the issue:

Frankly, I am not sure why this is so difficult to embrace given the abundant evidence of the same in the world we live in. Do you complain to God about when and where you were born, since you had no choice in the matter? Or that He chooses to grant some people in this world more favorable conditions than others? Some are born poor and starving or with disease and others in health and opulence. Some are born blind and others, mute. Did not God determine this? Likewise, with regard to salvation, does not God have mercy on whom He will and harden whom He wills? (see Rom 9:16-18)

May the Lord look favorably upon you and open your eyes to the truth of his sufficient grace in Christ Jesus.

The Network of False Teachers - New Apostolic Reformation Connections
John Henry
The Saints and The Mark of The Beast
Voddie Baucham
From Predestination to Glorification: Defining Twelve Words Every Christian Should Know
David Schrock
Spiritual Swashbuckling – Dealing with Demons
Clint Archer
What Is Grace?
R C Sproul
Jonathan Leeman on Exhaustion with Division and Discourse in Today’s Evangelicalism
Jonathan Leeman
Living By the Book
H.B. Charles Jr.
Life is Worth It
Curated Resources
Refreshed In Chains
Chris Thomas
What the Genesis Text Really Says About Creation (5-Part Video Series)
Douglas F Kelly
The History of Baptism
Douglas F Kelly
And Yet It Was Not Consumed - Exodus 3:1-10
Douglas F Kelly
Prayer and the Holy Spirit
Douglas F Kelly
What is the Trinity?
Douglas F Kelly
If God Already Knows Why Pray
Douglas F Kelly
Creation and Change
Douglas F Kelly
What Does It Mean To Be “Confessional” (E.g., In The PCA)?
R Scott Clark
Dictionary of Deities and Demons in the Bible
Scripture References
The Well-Trained Theologian: Essential Patristic Texts for Retrieving Classical Christian Theology
Matthew Barrett
The Summation of the Gospel
B B Warfield
Handling Our Differences Redemptively, Not Destructively
Scotty Smith
Think About Such Things: Whatever Is Excellent
J. A. Medders
The Deep Places
Adam Parker
You Can Know God
William Boekestein
What Did the Cross Achieve? Seven Truths and Sixteen Quotes from John Murray
David Schrock
Who and what defines what heresy is?
Curated Resources
The Good, Chief, and Great Shepherd
Nicholas T Batzig
Liberty from Captivity
C H Spurgeon
Obstacles to Coming to Christ
A W Pink
Understanding Death: ‘Why does God allow bad things to happen?’
Curated Resources
A Definite Atonement: John Murray’s Case for a Disputed Doctrine
David Schrock
How does the second coming of Christ change how we live now?
Dr J Ligon Duncan III
Christ's Incarnation: The Foundation of Christianity (eBook)
C H Spurgeon
Against Rebellion
Ezekiel Hopkins
A Discourse on Perseverance in Prayer
Ezekiel Hopkins
Christ's Eternal Deity Proved
Thomas Brooks
John Calvin: A Lecture on the Occasion of his 400th Birthday
Herman Bavinck
Death
Herman Bavinck
How to Handle Divisive Persons in the Church
Chris Gordon
Another Reason Why The Covenant Of Works Matters
R Scott Clark
If Christ Is Not Savior, He Cannot Be Liberator: A Response to Ibram Kendi
Curated Resources
Does Mathematics = Western Imperialism?
Nancy Pearcey
The Counterfeit, Anti-Biblical Epistemologies of Postmodernism and Critical Theory
Dr Mark Coppenger
Sociology as Theology: The Deconstruction of Power in (Post)Evangelical Scholarship
Neil Shenvi
Body, Soul, and Gender Identity: Thinking Theologically About Human Constitution
Robert Smith
The Counsel of History
Michael Haykin
Do We Really Want Everything That Technology Can Give Us?
Gene Veith
"It Says", "God Says, "Scripture Says"
B B Warfield
Into the Metaverse
Samuel James
Is Violent Crime Under God’s Providence?
John Piper