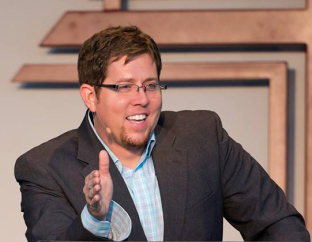 Many of those who have been born of God’s Spirit can testify to the reality of having been regenerated upon hearing a particular sermon. Some, upon hearing a sermon for the first time, were converted–immediately brought from death to life. Others, after sitting under the preaching of God’s word for many years, finally experience the remarkable work of God in their souls in giving them new life in Christ. I belong to the latter group, namely, those who grew up in the church and heard the Gospel hundreds, if not thousands, of times but who, finally came to repentance and faith in my mid-twenties. After I was converted, I couldn’t listen to enough sermons–both in the local church to which I belonged, as well as online. Sermons seemed to have a greater impact on my soul even than reading theological works. I suppose that is, in part, on account of the fact that God promised to bless the preaching of His word in a unique and unparalleled manner (1 Cor. 1:18, 21). Here are what I would consider to be 10 life changing sermons that I’ve heard (either in person or online) over the past 15 years:

Nick Batzig is the organizing pastor of New Covenant Presbyterian Church in Richmond Hill, Ga. Nick grew up on St. Simons Island, Ga. In 2001 he moved to Greenville, SC where he met his wife Anna, and attended Greenville Presbyterian Theological Seminary. In 2007 Nick and Anna had their first son, Micah. The Batzigs then moved to Philadelphia where Nick was an intern at Tenth Presbyterian Church. Nick and Anna had their second son, Elijah, while in Philly. In November of 2008 Nick accepted the call to be the organizing pastor of the Richmond Hill church plant. The Batzigs moved to Richmond Hill in February 2009 to start the work of planting New Covenant. In July of 2010 they had their third son, Judah.

Nick has written numerous articles for Tabletalk Magazine, the Christward Collective, Reformation 21 and Christianity.com. He is published in Jonathan Edwards and Scotland (Dunedin, 2011) and the forthcoming Jonathan Edwards for the Church (EP Publishing). Nick is the host of  East of Eden: The Biblical and Systematic Theology of Jonathan Edwards. Nick is also the editor of the Christward Collective and Reformation21–sites of the Alliance of Confessing Evangelicals. You can friend him on Facebook here. Nick is on Twitter @nick_batzig.