9 Things You Should Know About the Westminster Confession 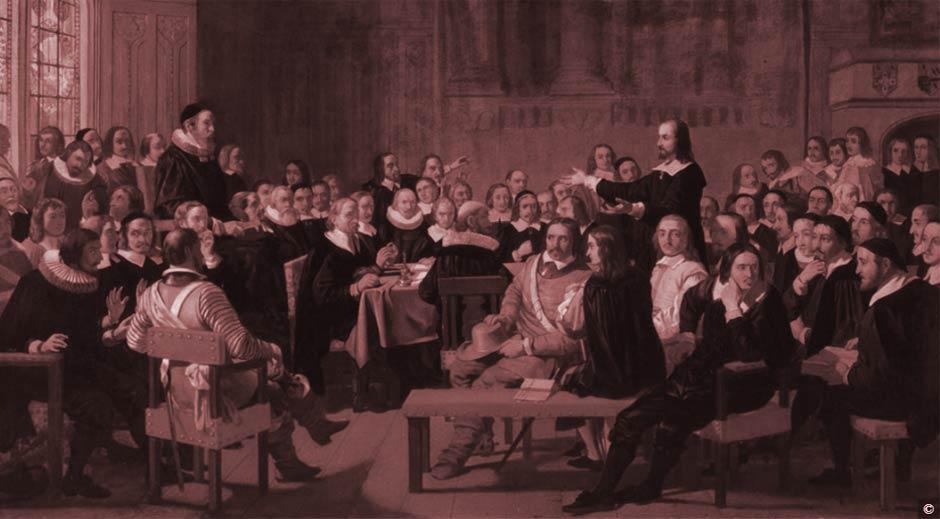 After nearly 400 years of service, the Westminster Confession of Faith continues to provide Reformed and Presbyterian churches worldwide a vibrant summary of Scripture’s principal teachings. But how has this document, drawn from a strikingly different age, remained equally relevant to today’s church?

In exploring this question, we consider nine essential elements of the Confession whereby the 17th-century Reformed church can be seen as standing arm in arm with the 21st-century church and beyond.

1. The Westminster Confession was designed as a doctrinal compass to keep the scriptural bearings of the church true, even when tossed by error and division. Civil war had thrown the Church of England into political, social, and ecclesiastical upheaval, and as its first step toward rebuilding the church, Parliament convened a national assembly of clergy to advise on the most scriptural guides for doctrine, worship, and government. Between 1643 and 1648, the Westminster Assembly of Divines created six separate documents for equipping the church anew, but of these the Confession of Faith was key. It alone expressed the mind of the church concerning the truths of Scripture and meshed the documents of worship and government into a unified working system.

2. From its inception, the Confession stood subordinate to the Word of God. In writing the Confession of Faith, the assembly remained passionately committed to the Reformation dictum of sola Scriptura, that Scripture alone speaks with final authority in all areas of faith and life. Indeed, the Confession’s statement “On the Scripture” is the document’s first and longest chapter. Here, Scripture is declared the inspired, infallible, sufficient, understandable, and the supreme judge of all disputes. Throughout the assembly’s work, members were oath-bound to affirm only those propositions supported by Scripture. Reflecting this commitment to the Word, the Confession’s 33 chapters bristle with more than 4,000 verses.

The Confession’s 33 chapters bristle with more than 4,000 verses.

3. In presenting the core truths of Scripture, the Confession followed a comprehensive and unified system of faith, reaching as far back as the Apostle’s Creed. Indeed, among the major Protestant confessions of the Reformation (Augsburg, Belgic, French, Second Helvetic), not only were the principle truths of Scripture held in common, but these doctrines were sorted into the same broad system of faith in God and duty to God. Following its creedal predecessors, the Westminster Assembly carefully preserved this doctrinal division of faith and service—a distinction the Shorter Catechism more expressively rendered as “what we are to believe concerning God” and “what duty God requires of man.”

4. In its opening chapters, the Confession represents the heart of Reformed orthodoxy and historic Christianity. Here, the doctrines of faith emerge in three parts: God’s creative work and man’s fall (chs. 1–6), Christ’s work as Redeemer (chs. 7–8) and the Holy Spirit’s work in applying redemption (chs. 9–19).

5. The remaining part of the Confession (chs. 20–33) describes the believer’s responsibility to serve God, a service that embraces our neighbor, the state, and the church. The church, however, provides the principle venue wherein we serve God. Moving through chapters 25–31, the Confession elaborates on the doctrine of the church, the communion of the saints, the sacraments, and the far-reaching scope of church discipline. And culminating the saint’s life of service to God is entrance into the church glorious, described by the resurrection of the dead and the last judgment (chs. 32–33).

6. “Of Christian Liberty and Liberty of Conscience” affirms how the individual believer’s conscience is free to serve Christ alone. But this freedom of conscience is further subject to those lawful civil and ecclesiastical authorities instituted by Christ. Balancing the several God-ordained authorities over conscience proved one of the assembly’s greatest challenges in framing the Confession, especially when faced with increasingly autonomous parishioners and competing civil and ecclesiastical claims of authority.

7. The Confession offers a superlative platform for expressing consensus on the doctrines of Scripture and building unity within the church at large. When the Westminster Assembly labored to rebuild the church in the 17th century, England—like Scotland and many regions on the continent—recognized only a single church, making unity a societal as well as an ecclesiastical imperative. Today, although multiple denominations have replaced the single church model of the Reformation, the Confession retains its place in fostering unity within, and between, Reformed and Presbyterian churches worldwide.

8. Found within each of these nine essentials of the Confession is the centrality of Christ’s church. Guided by Scripture alone, the Confession affords a doctrinal anchor expressing the breadth of faith within the framework of the historic church. Saints are carefully guided in rendering their fullest service to God, especially within the visible church, where they are built toward unity in the one faith. In fact, while the Confession can be seen as enveloping all the great solas of the Reformation, it excelled in advancing the “forgotten sola” of sola ecclessia, the church alone.

While the Confession can be seen as enveloping all the great solas of the Reformation, it excelled in advancing the ‘forgotten sola’ of sola ecclessia, the church alone.

9. The Confession was not intended to serve as a doctrinal storehouse, but to be communicated to every member of every church. The Larger and Shorter Catechisms were composed for this purpose. Thus, in writing its catechisms, the assembly kept an “eye to the Confession.” But this focus meant more than replicating content; the catechisms effectively conveyed the purposes of the confession, for as the principles of faith, life, and the church were taught and memorized, they built unity in the one faith from the ground up.

John R. Bower (MD, ThM) serves as a ruling elder in the Reformed Presbyterian Church of North America and as an adjunct professor of church history at Reformed Presbyterian Theological Seminary in Pittsburgh. He is also a research fellow at the Craig Center for Westminster Studies and editor, with Chad Van Dixhoorn, of the Westminster Assembly Project’s series of Assembly-related works and documents. His special interest is the history and bibliography of the Westminster Assembly and its members. He is the author of The Confession of Faith: A Critical Text and Introduction (Reformation Heritage Books, 2020).