Purgatory is a Deadly Fiction 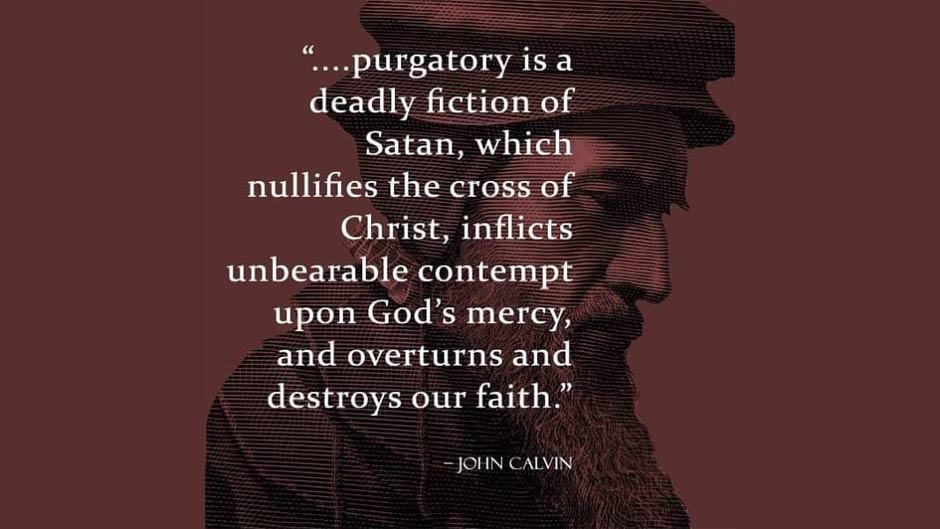 “Purgatory is a deadly fiction of Satan, which nullifies the cross of Christ, inflicts unbearable contempt upon God’s mercy, and overturns and destroys our faith.” - John Calvin

A Roman Catholic responded to this by saying, " lets say you break someone’s window. You ask for and receive their forgiveness. But you still have to fix their window. Character flaws need to be gotten rid of before we enter heaven or sanctification is just a legal fiction. The real heresy today is that God doesn’t see your sin but only sees Jesus. If that were true, then lots of the New Testament was meaningless."

OUR RESPONSE: instead of comparing sin to a broken window, let's get a little closer to reality. Let's say you break your neighbors priceless Ming vase. It's worth more than you can make in many lifetimes. Either you have to pay for it, or your neighbor forgives you. Now in forgiving you the debt doesn't just disappear, your neighbor has to absorb the cost himself. That is what the gospel is like. Christ pays our debt in full to a holy God, doing for us what we are unable to do for ourselves. To believe otherwise is to pretend you can pay part of the price of your redemption, which is to usurp Christ's office as Savior.

Christ not only is our justification but is our sanctification.

"...because of him you are in Christ Jesus, who became to us wisdom from God, righteousness and sanctification and redemption, so that, as it is written, “Let the one who boasts, boast in the Lord.” 1 Cor 1:30-31