The Sin of Totalitarianism 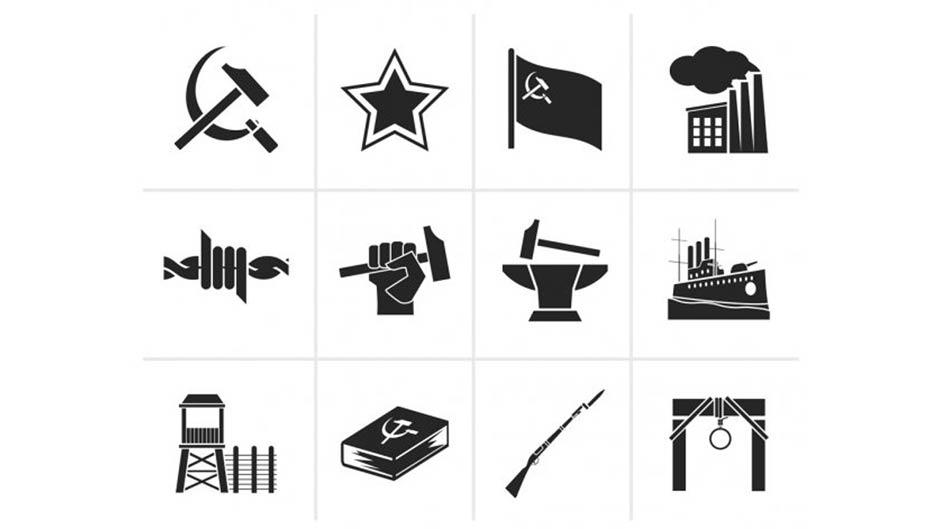 "Statism is the natural and ultimate enemy to Christianity because it involves a usurpation of the reign of God." R. C. Sproul

The following essay is a response to people recently making the false claim that traditional Christians in the USA want some kind of totalitarianism and nationalism akin to the Nazis.

First, to compare Christian conservatives in America with the conservatives of any another country is a false equivalency.  Here's why:

The concepts of "left wing" and "right wing", "conservative" and "liberal" are RELATIVE terms which depend entirely upon the country you live in. For example, in China, where I lived for many years, those who are left wing (Communists) are the conservatives, and those on the right, who favor more democracy, would be considered liberals. Likewise, under the National Socialists (Fascists) in Germany those who supported the Third Reich were conservative (right wing) but their type of conservatism was based on a state ideology which despised free market capitalism and representative democracy. (Anything further to the right under National Socialism would grant even more power to the government).  Both ideologies are types of socialism which staunchly oppose limited government. In other words, a conservative in the People's Republic of China is not the same thing and a conservative in the USA and a conservative in Nazi Germany likewise cannot be likened to a conservative in the USA (without being completely dishonest), because they are working off of entirely different constitutions and ideology.

What both Communism and Fascism share in common is their belief in consolidated government power, the former (Communism) where the government OWNS the means of production, and the later (Fascism), where government CONTROLS the means of production (i.e... a political party working with the levers of culture, media, the establishment academia, and large corporations, to exercise control over a nation and squash political opposition). Benito Mussolini coined the word “fascism.” He defined it as “the merging of the state and the corporation.” He also said a more accurate word would be “corporatism.”   But in spite of Fascist and Communist differences, both are authoritarian (require politically motivated coercion at the root of its ideology) and share in common a utopian vision for humanity. And because of their need for large, powerful central government, RELATIVE TO THE US CONSTITUTION, both Fascism and Communism are far left winged ideologies. The further you move to the left of the US constitution, the larger the government.

However this appears to be changing fast. An increasing number of people think that more government intrusion, power and social engineering will create a better society. This is partly due to our culture's setting aside the presupposition that man is inherently capable of great evil. Or at least that those on your own side are incapable of it.  But that is naive. However good your intentions, by removing restraints on government, we are creating the very conditions necessary for Fascism, Communism and other forms of authoritarian government. This elevation of will over law requires concentrated and unconstrained state power. Thus, genuine anti-fascism opposes the expansion and consolidation of government power, and by this measure limited constitutional government (flawed as it may be because of human nature) is one of the most successful anti-authoritarian systems of government ever established. It rightly recognizes human limitations and sin. Above all else, the Founders feared arbitrary power. This fear was rooted in knowledge of history, a biblical understanding of human nature, and their experiences with self-government and the British monarchy.

What are some of the main characteristics of totalitarianism?

Sound familiar? While American liberals have historically been strong advocates for the bill of rights (and still are), many on the progressive left has clearly departed these principles espoused by traditional Democrats and appear to be using many of the above Fascist tactics to consolidate their own power into what is effectively a one-party state.  What are some evidences that this is the case?

- Controlling the flow of information in media, big tech, entertainment and education.  A recent Time Magazine article openly acknowledged there is "a well-funded cabal of powerful people, ranging across industries and ideologies, working together behind the scenes to influence perceptions, change rules and laws, steer media coverage and control the flow of information."
(If that is not the tactics of fascist corporatism, I don't know what is)

- the regime rearing its head in America relies on corporate executives to implement its agenda voluntarily but also through intimidation by online brigades of activists and journalists who take initiative to launch negative PR campaigns and boycotts to progress their preferred societal structure.

- The media in our country is trending in a way that is not that much different from what I witnessed in China. They are purposefully leaving out information that is crucial, if it does not fit their narrative. There is a deluge of "advocacy journalism" in the name of objectivity.

- Attempting to pack the Supreme Court to ensure one-party rule.

- Using pretexts for silencing entire groups of people for wrongthink – and conveniently eliminating a market competitor in the process.

- relegating anyone with a right-leaning persuasion to a second-class citizenry unable to access the infrastructure of commerce, speech, and community engagement.

- Being unable to make the distinction between banning hate speech and banning speech it hates.

- Massive social engineering in the classroom beginning in primary school. A recent letter from our school district explaining their plan to indoctrinate children with affirming LGBTQ ideology in every subject confirms this. People who resist the persuasion are considered bigots who need to be reeducated, even against their will. Our local, state, and federal governments, including our schools, to the degree that they endorse Wokeness & LGBTQ, are in direct violation of the First Amendment. This should be absolutely unacceptable in a free, secular nation like the United States of America.

- One of the presuppositions of CRT proponents is that it is openly Anti-Liberalism: According to Richard Deangelo it questions the very foundations of the liberal order, including equality theory, legal reasoning, Enlightenment rationalism, and neutral principles of constitutional law. Richard Deangelo, Critical Race Theory, pg 3 Even though it can be demonstrated that much of the inequality in our country springs from poor public policy.

According to the UCLA School of Public Affairs, “CRT also rejects the traditions of [classic] liberalism and meritocracy. Legal discourse says that the law is neutral and colorblind, however, CRT challenges this legal “truth” (CRT denies objective truth) by examining liberalism and meritocracy as a vehicle for self-interest, power, and privilege.” In its place they propose policies which grant huge powers to the Federal government and a dismantling of the First Amendment.

- In recent years, there has been a concerted effort by Big Tech and woke corporations to punish, de-platform, delegitimize, marginalize, and silence the millions of Americans who hold viewpoints and beliefs that differ from the alliance of corporate media, the establishment progressives, and the lords of Silicon Valley. That is the very definition of corporatism. Liberty can be threatened by corporate tyranny as well as government tyranny. Facebook, Twitter, and Google are speech platforms with outsized control over our discourse, deciding who gets to speak and what information deserves to be heard. Under National Socialism the party likewise did their social engineering through corporations.

Do traditional Christians want power over others to establish a Theocracy by taking over the state mechanism? Even assuming (arguendo) that this is true, if, in a democratic republic, Christians are in the majority, then they would not be “taking over” the state mechanism. Rather, majority rule is built into our form of governance. Its called popular sovereignty. But with this our system has checks and balances such as term limits, three branches of government, rights for minority opposition parties, and a free press, totalitarianism is placed in check. Most Christians in the Reformation tradition, being very skeptical of human nature (e.g. Lex Rex by Samuel Rutherford), are extremely reluctant to grant much power to the government. Human beings are too sinful to be given too much power.  I don't even want my own group to have that much power because I know what human beings are capable of.  And while a representative democracy under a constitutional republic is far from a perfect system, it is perhaps the most just we have.  Government has a definite place in its sphere of sovereignty and government is an institution ordained by God. But because of man's inclination to corruption, we ought to severely limit government power.

There is no political savior. There is no theocracy until Christ returns. No utopia. We don't want monarchs, tyrants, or dictators. No one should be unchecked by elected officials, courts, media, or unaccountable to the public.  Man is sinful, and evil cuts down the center of all of our hearts... so no one should be given too much power. A system with deep accountability and checks and balances are necessary in a sinful world.

Of course, limited government and rights such as freedom of speech and conscience do not guarantee perfection (given what human nature is), but it puts restraints on arbitrary power. As we all know our country has had very dark periods, but the system put in place has the capacity to right its wrongs. As Frederick Douglass once said, "Free speech ....of all rights, is the dread of tyrants." Thus Communism and Fascism (national socialism) are both cut from the same cloth. Because more government intrusion inevitably becomes an insatiable beast, in real life they do not end up redistributing wealth from the rich to the poor but redistributing power from citizens to the state. Sadly the Leviathan of the state is already so bloated in our country that we probably have already reached the point of no return.  And those who argue that the tech giants are private companies and so should be able to censor at will, do not realize that these entities are more powerful than most governments and they effectively control the public square. To allow for such a thing is to willfully place ourselves under an authoritarian technopolitical oligarchy. Do you really want that?

So the idea that Christians who vote conservative in the USA has any relation to conservatives or right winged ideology in other countries, is a false equivalency.  Most traditional Christians in the USA trend conservative BECAUSE they despise the ideology of Fascism, Communism and all forms to totalitarianism which attempt to establish their ideology through the coercive measures of the state listed above.